You have permission to edit this article.
Edit
Listen
ON DEMAND
High School Fan Zone
Teams
WIN 10K
Share This
1 of 2 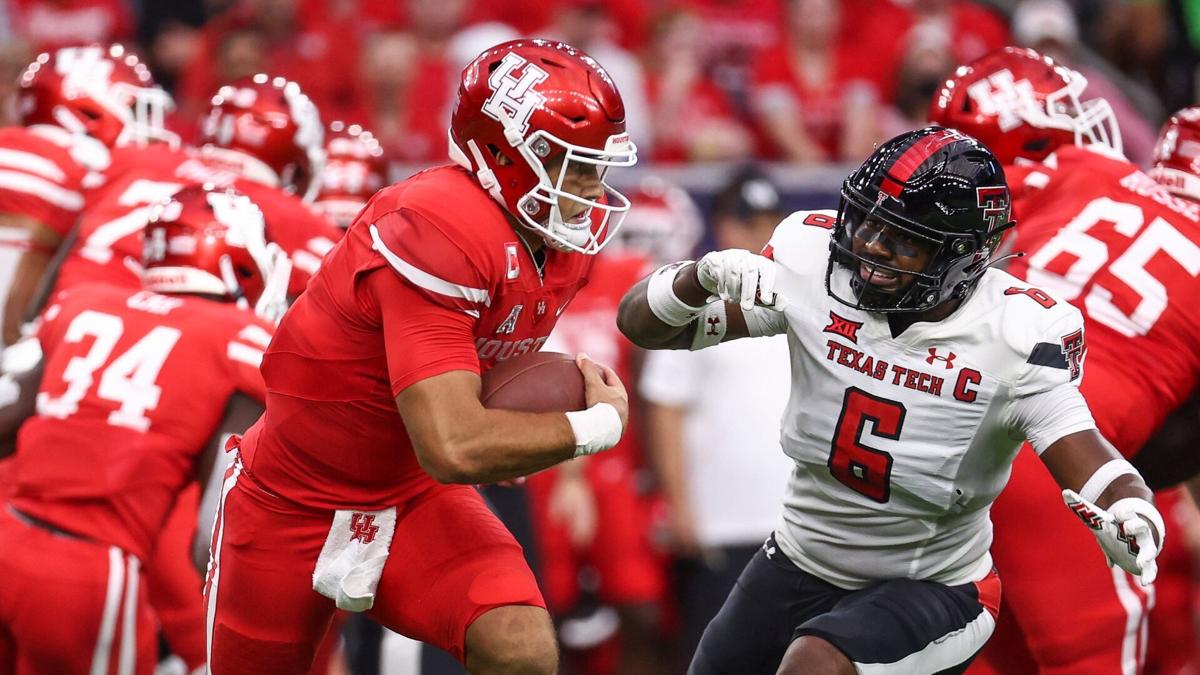 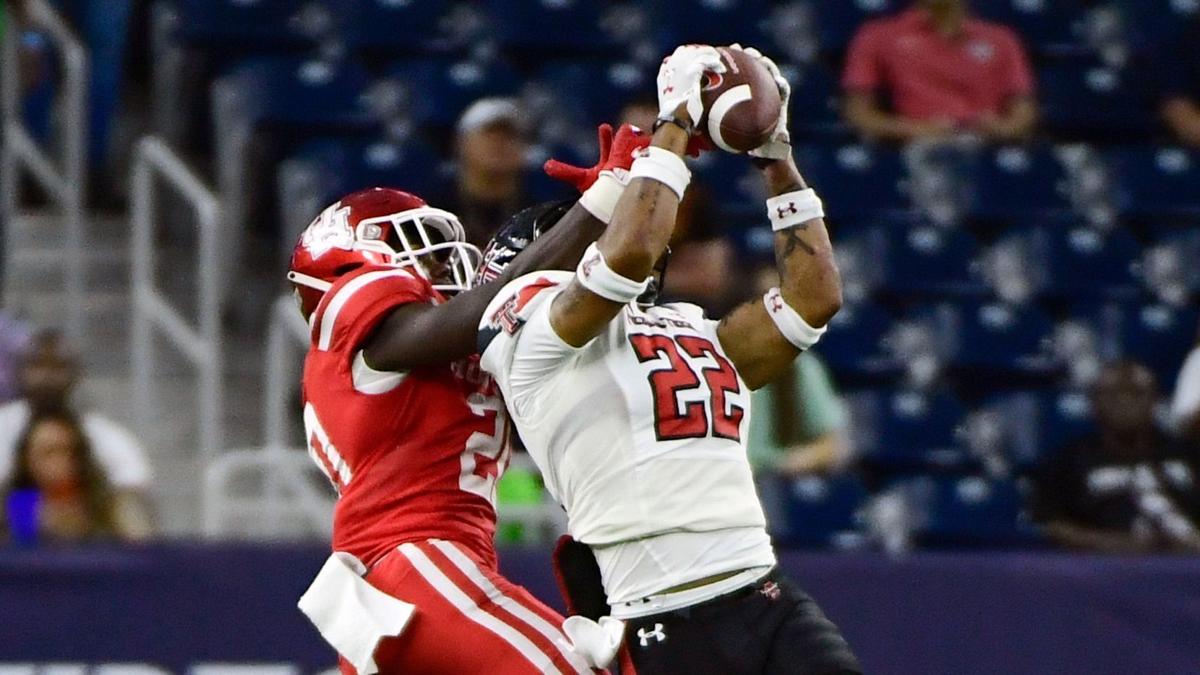 LUBBOCK, Texas – Texas Tech’s second-half dominance against Houston was rewarded Monday as Riko Jeffers was tabbed the Big 12 Defensive Player of the Week while Reggie Pearson Jr. was recognized as the top newcomer.

This is the first conference weekly accolade for either Jeffers or Pearson as Texas Tech had two defensive student-athletes recognized in the same week for the first time in program history. The Big 12 began presenting a weekly award for the league’s top newcomer prior to the 2017 season.

Jeffers and Pearson both recorded key interceptions in Texas Tech’s come-from-behind victory over the Cougars as the Red Raiders notched four in the win, their most in a game since totaling five early in the 2008 season against SMU. It was the first career interception for either of the two Red Raiders.

Pearson leaped up to make a falling-backwards catch to steal an interception from Houston quarterback Clayton Tune in the first half, one of several key plays on the evening for the Wisconsin transfer. Pearson, making his Red Raider debut, also forced a fumble and had eight tackles in the victory.

Jeffers, meanwhile, tied the game midway through the third quarter after stepping in front of a Tune pass and returning it 13 yards for a touchdown. It was the first pick-six by a Red Raider since teammate Adrian Frye went 48 yards for a score early in the 2018 season versus Lamar. Jeffers also had four tackles in the win, including one of Texas Tech’s four sacks and its 11.0 tackles for loss.

The pick-six couldn’t have come at a better time for the Red Raiders, who erased a 14-point halftime deficit with a Tyler Shough eight-yard touchdown run followed by Jeffers’ interception only 48 seconds later. The Red Raiders proceeded to score 31 unanswered points against the Cougars, marking the second time in the last four games Texas Tech battled back from a 14-point hole to win.

As a unit, the Red Raiders held Houston to only 251 yards of total offense, marking the second-consecutive game Texas Tech had held an opponent under 300 yards dating back to the 2020 finale against Kansas. Houston only accumulated 53 yards of total offense in the second half as the Red Raiders blanked the Cougars over the final 30 minutes, their first second-half shutout since topping Oklahoma State in the 2018 Big 12 opener.

The Red Raiders will look to build off their win against Houston this weekend when Texas Tech opens its home slate against Stephen F. Austin. Kickoff from Jones AT&T Stadium is slated for 6 p.m. with coverage provided via Big 12 Now on ESPN+ and the Texas Tech Sports Network.

Sorry, there are no recent results for popular videos.

Sorry, there are no recent results for popular commented articles.